June is Pride Month & our fifty-fivers are honoring our LGBTQIA+ community. This month is dedicated to the uplifting of lesbian, gay, bi, trans and all LGBTQIA+ voices, the celebration of LGBTQIA+ culture and the support of LGBTQIA+ rights.

When many think of PRIDE month, parades, protests, drag performances, live theater and memorials come to mind. PRIDE celebrates embracing oneself, but June also honors the many members of the LGBTQIA+ community who lost their lives to HIV/AIDS due to institutionalized trans/homophobia and racism. PRIDE is part political activism, part celebration of all the LGBTQIA+ community has achieved over the years.

In June 1969, the Stonewall Riots marked the catalyst of the Gay Liberation Movement when police raided a popular gay bar in N.Y.C.’s West Village – The Stonewall Inn. Raids were common at the time, but on this particular day, the patrons of the bar fought back, starting the Stonewall Riots, which went on for days.

In honor of PRIDE month, fifty-fivers have come together to share their PRIDE and celebrate Queer history worldwide. 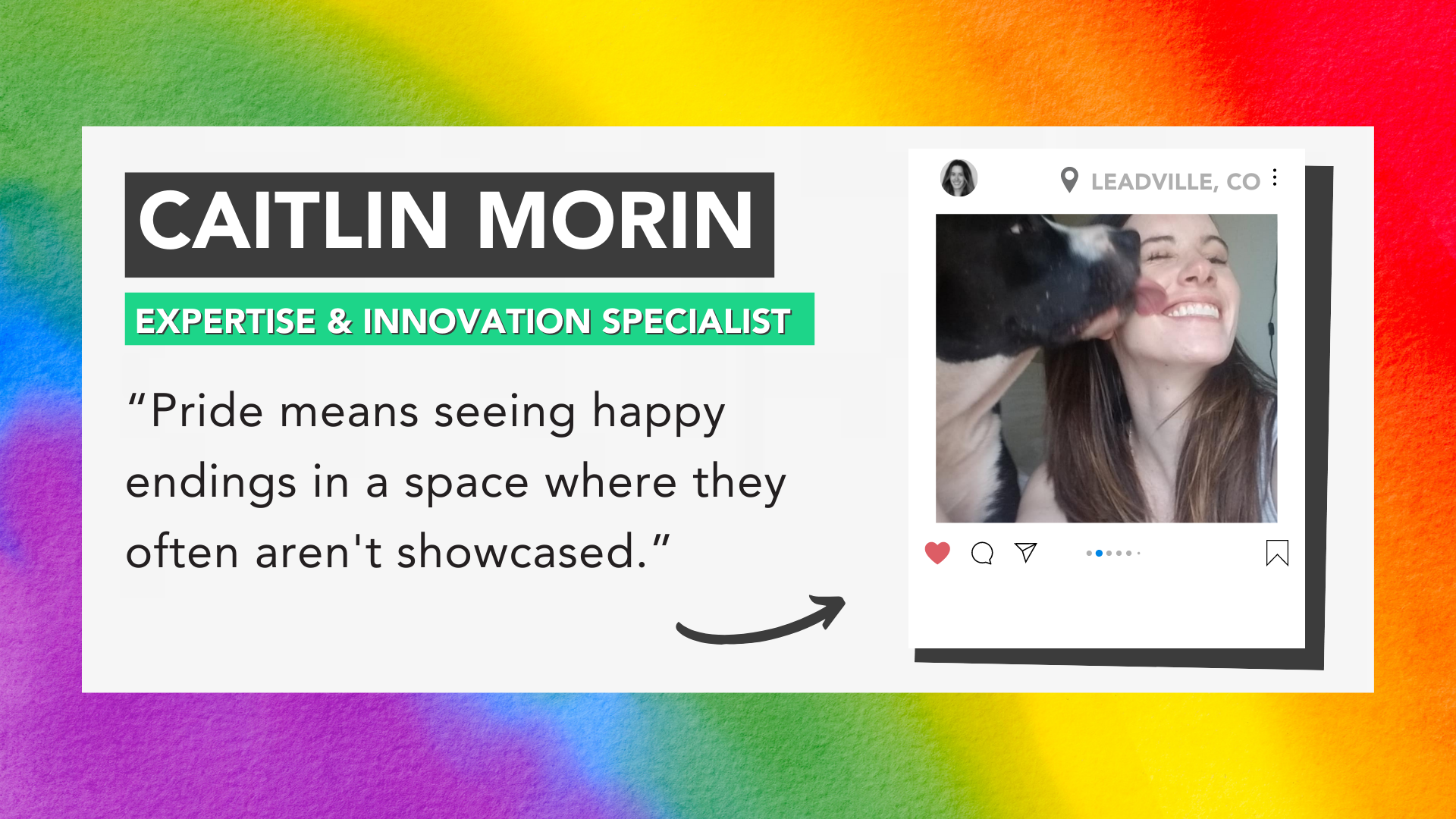 How do you honor and observe PRIDE month?
This is my first pride month as an openly “out” member of the community. I’m celebrating it by continuing to volunteer on helplines and proudly sharing my experiences- both bad and good these past few months. Before coming “out” I assumed being queer would be easier and safer than it is. I thought that because I was seeing more rainbow flags and supportive organizations it wasn’t a big deal- but it still is and it’s still scary and still unsafe for a lot of people.

What does it mean to embrace LQBTQIA+ PRIDE?
For me, pride reminds me that the hatred people feel for the community is about them, not us. Queer people are so joyful and pride is such an awesome demonstration of that.

What is an issue the LGBTQIA+ community is facing that many people might not know about?
Gratefully, I think most of the issues are in the media right now such as the don’t say gay bills, gender-affirming therapy for children being considered child abuse, trans athletes not being allowed to compete in sports, etc. I hope that people realize the issues are also present in our everyday lives and conversations. These issues are found in being referred to as your partner’s “roommate” or having to put your wife’s name under “husband” on wedding forms- small microaggressions that continually remind you that you are not the norm.

To you, what’s the best way of fostering inclusion?
Inclusion is creating space. Creating space to listen to others’ experiences and creating space for people to show up completely as themselves – to do that means celebrating the things that make everyone unique- not just the queer community. 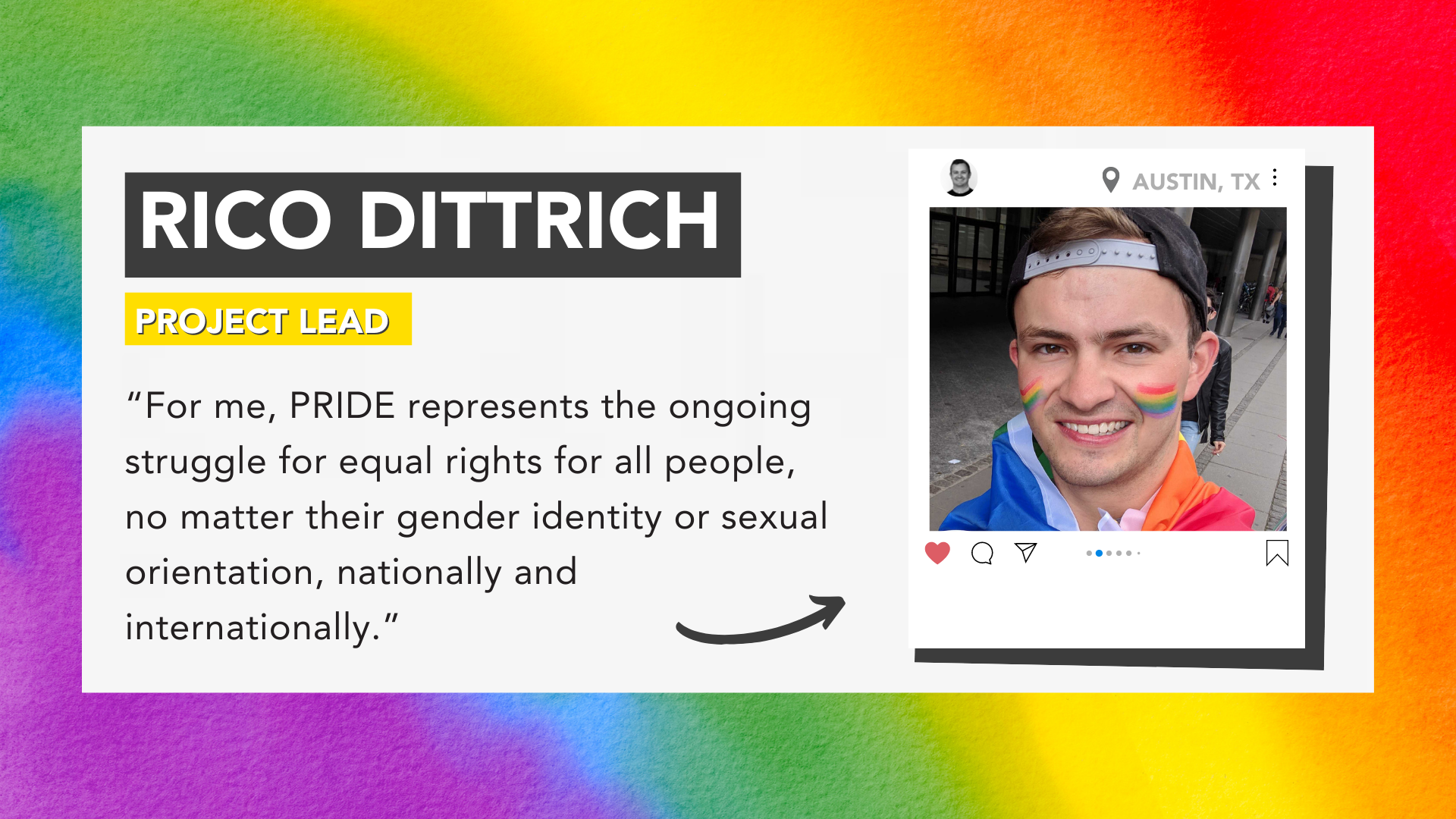 How do you honor and observe PRIDE month?
Lots of social media activism to generate awareness amongst my followers, i.e. reposting from queer creators or allies. I also plan to attend Pride in Chicago.

What does it mean to embrace LQBTQIA+ PRIDE?
Being conscious and aware of the struggle of marginalized queer communities, spreading the word, and speaking up for them even when they’re not in the same room. People need to recognize and acknowledge the struggle that queer people are still going through, in the US but especially in other parts of the world.

What is an issue the LGBTQIA+ community is facing that many people might not know about?
Only 30 countries have legalized same-sex marriage, and same-sex relations are punishable by death in 11 countries. 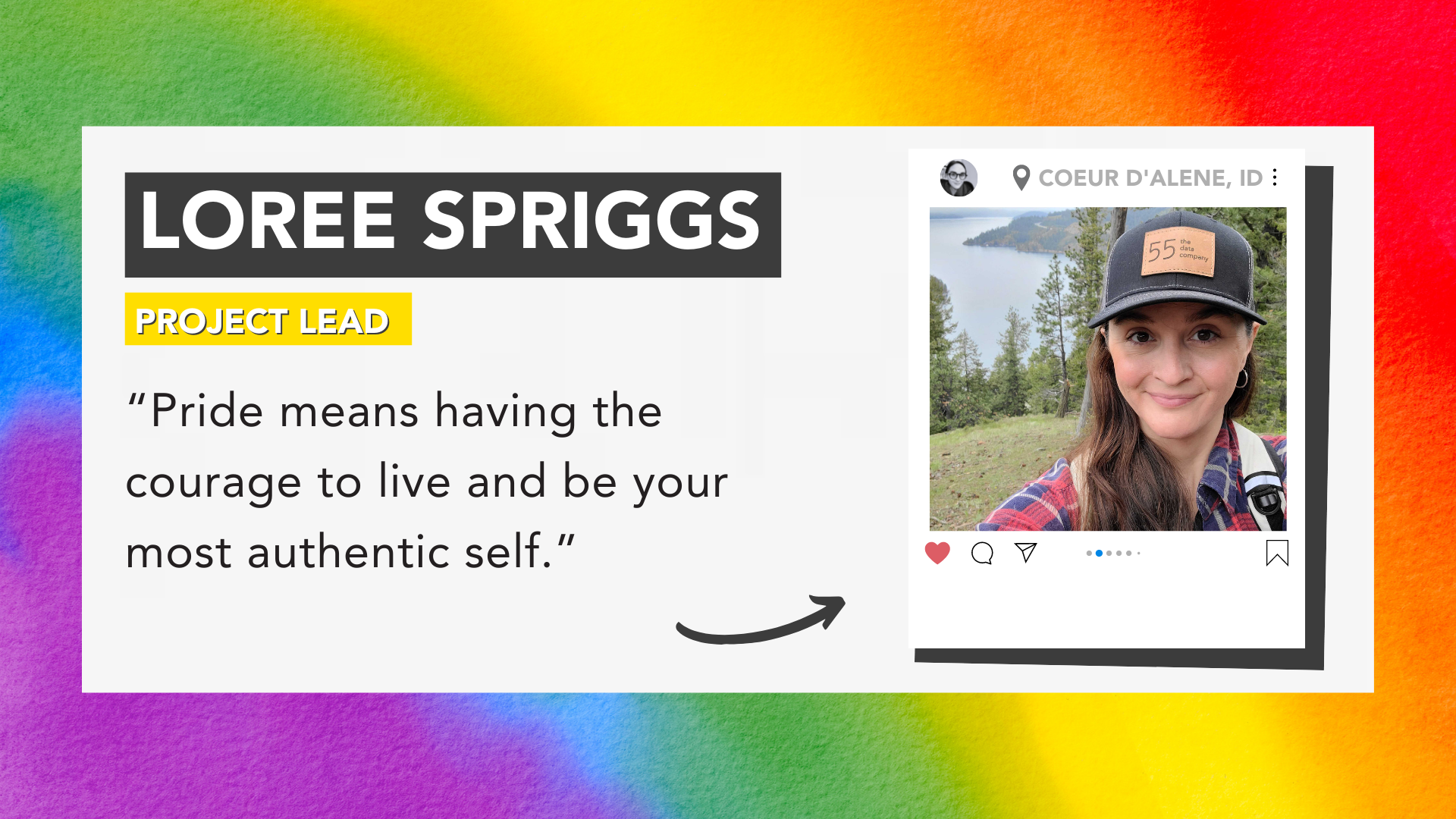 How do you honor and observe PRIDE month?
I love attending PRIDE parades!

What does it mean to embrace LQBTQIA+ PRIDE?
Showing love and accepting everyone exactly as they are, exactly where there are and for exactly who they are.

What is an issue the LGBTQIA+ community is facing that many people might not know about?
Very basically, it’s not all about sexual orientation, gender identity is a matter of personal identity, personal truth.

Do you have any LGBTQIA+ role models?
Rain Dove is awesome! They are an American model, actor, and activist. Dove is best known for their work in subversive fashion, as a gender-nonconforming model, posing alternately as male and female in photoshoots, productions, and runway shows.

Progress towards inclusivity and change has definitely been made but there’s still a lot of work to be done. Our fifty-fivers shared the following resources for celebrating and promoting change in a thoughtful and meaningful way.

#TechJobs – Data engineer, the architect at the heart of data

#TechJobs – The Journey of a Tracking Specialist: from art galleries to JavaScript