For its 2018 edition, the Viva Technology Parisian event, organised by Publicis and French media group Les Echos, has scored high. With its two honoured guests Emmanuel Macron and Mark Zuckerberg, the tech exhibition did not go unnoticed. Discover the major data and marketing trends that captivated the minds of the fifty-five team!

As reminded by Marc Pritchard, Chief Brand Officer of Procter & Gamble, 7 in 10 people worldwide find advertising to be irritating. This should worry the colossus of mass market products, who performs much yearly advertising, especially on mass media such as TV or radio. And despite the prevalence of today’s digital advertising, 30% of web users use an ad blocker. At Viva Technology, we have discovered solutions that help brands innovate in their marketing approach. Discover here what caught our attention.

AI ( artificial intelligence), VR ( virtual reality) and voice assistants constituted the centrepieces of the Viva Technology exhibition. The reason is that these technologies have a knack for creating hype! Natural language processing, ultra-personalisation, facial and image recognition – these innovations are deployed on many kinds of products and services. The Lancôme brand, for instance, unveiled a foundation creation tool on its booth, with the ability to analyse data about the customer’s skin and prepare the product in real-time thanks to an algorithm. 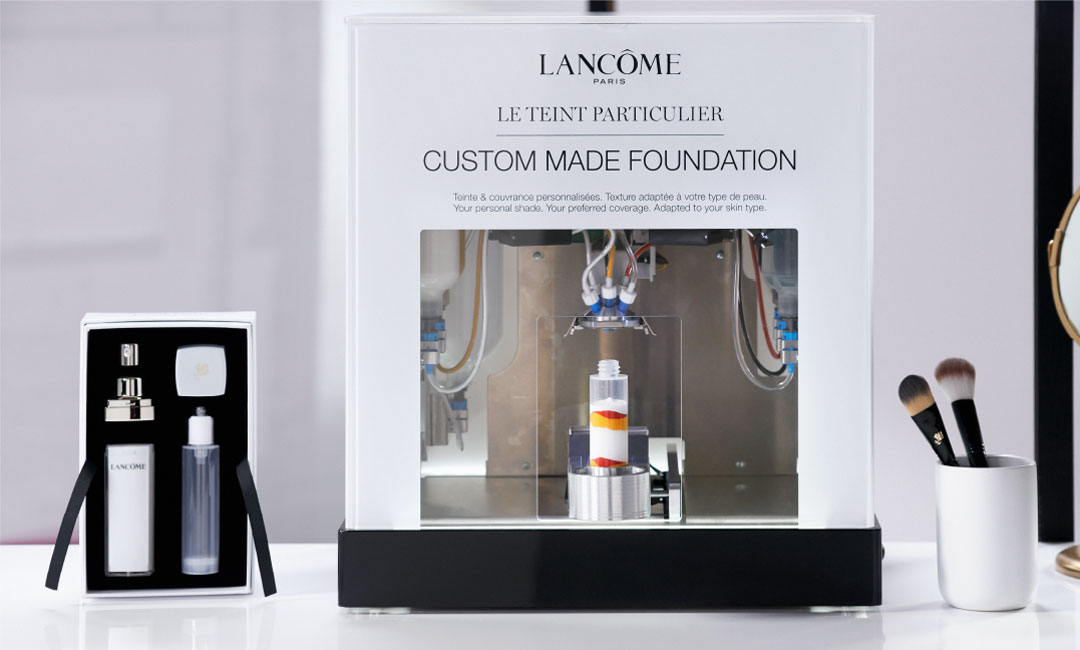 Virtual reality has not been left behind, as many companies offer unique experiences on their stands to attract guests: the visit of an Egyptian pyramid with Alibaba thanks to Oculus headsets (Facebook), or even a maze immersion offered by KMPG and Carewan. With design in the likes of a videogame, this experience allowed the analysis of the emotions and reactions of participants during their decision-making process.

Finally, voice-based technologies were just as sought-after. According to Sébastien Missoffe, Vice President and Managing Director for France at Google, 30% of smartphone users around the world use their device’s voice assistant each day, including Siri, Cortana, or Google Assistant. This only shows the great appetite of consumers for this technology, which is still in its early stages. For Tony Rogers, CMO of American giant Walmart, “the human voice will become the cornerstone of customer relationship, but we believe voice assistant technology still has a long way to go before it becomes really efficient. Although voice is far from being a mere trend, it still needs to reach a more mature stage.” In order to improve themselves and perfectly answer the questions and expectations of users, voice assistants will need a lot more data to learn and refine their understanding of requests (see the report of 55’s Brandtalk on the subject).

When data rimes with GDPR

Through these innovations, it is certain that data is at the heart of companies’ current marketing strategies. As Marc Pritchard explains: “In China, 70% of our media investments are aimed at digital channels. Thanks to real-time data analysis, we have already saved 30% on our initial investments, while increasing our reach by 60%!” Such use of data thus helps advertisers better target users and reach them at the right time.

But data cannot go without GDPR and the respect of user privacy. Faced with the reluctance of many companies following the enforcement of this new historic law carried by the EU, Isabelle Falque Pierrotin, the President of the CNIL (French data protection authority), saw it fit to recall the reasons for which GDPR is an excellent initiative, even a boon for companies. “With GDPR, a new conception of business is born – one that relies on trust. Large corporations and start-ups alike invest in the protection of personal data, which has become a highly competitive advantage for both consumers and investors.”

Is Europe therefore ahead of the United States or China in terms of legislation, as implied by President Emmanuel Macron?

“I do not want the U.S. model, which is not regulated and lacks political responsibility, nor do I want that my people, my start-ups be subject to Chinese regulations, a very effective albeit hyper centralised model, organised by the government, which does not comply with our values on human rights and privacy.”

Social welfare is another flag that was raised by the President: could European companies soon have a “Tech for Good” approach? Not yet, according to Snips CEO Rand Hindi. He believes that, while GDPR does offer more rights and better citizen protection, it remains an incomplete regulation. Indeed, half of this puzzle – the ePrivacy regulation – has not yet been adopted. Furthermore, companies still have a long road to travel, since only a few of them stand by the concept of  “ privacy by design“, which ensures the compliance of data processing as soon as products and services are conceived, by anticipating all the customer path’s steps. It is Rand Hindi’s belief that this principle should become a standard staple in the next few years.

Today marks the coming into effect of #GPDR. @randhindi CEO @snips, tried a little experiment here at #VivaTech, to see how important privacy is to you. Would you be comfortable with this? ? pic.twitter.com/M2PLxHTwRg

An ecosystem unbalanced by the economic concentration of the GAFA

According to John Chambers, former CEO of Cisco, “40% of large corporations and 70% of current start-ups will no longer exist in 10 years”. Markets are changing rapidly and recent innovations have substantially accelerated the creation of new companies.
However, if this event has taught us anything, it is the concentration phenomenon illustrated by the Silicon Valley’s tech giants and other web giants such as NATU or even BAT in China, who are increasingly surpassing other players in spite of high growth in the market.

These players put a strain on traditional distribution channels, especially on physical points of sale. As Tony Rogers explains, “we often ask ourselves whether Amazon is capable of driving Walmart to ruin”. According to Marc Pritchard, “physical points of sale are overrun by direct-to-consumer brands, which base their business model on one-to-one, ultra-customisable actions”.

For Alain Lévy, CEO of French tech publisher Weborama, “It is increasingly difficult for small players to enter the market, since the Big Four capture most of the value.” Moreover, he points out that their power is, against all odds, actually fostered by GDPR. Indeed, these web giants are already so extensive that they will have less difficulty collecting the consent of users, and will keep control over user data (at the expense of brands!).

These trends did not stop Facebook’s CEO – nicknamed the “Internet Madonna” by French newspaper Le Monde – from gathering a record-breaking number of spectators at the exhibition. His speech contained two objectives, following his recent meeting with the E.U. Parliament on the subject of GDPR: to increase the regulation of “good” and “bad” content on his platform and to better protect users. Will we find out more at the next Viva Technology exhibition in Paris on the 16th of May 2019?

#TechConf – Google Marketing Next 2017: What you should remember