After Facebook and Google, Apple has taken its turn to present new software developments during its annual developer conference.

During this 2018 edition, the Cupertino company celebrated the 10th anniversary of its successful App Store (500 million visits per week), an increasingly prolific and expansive ecosystem for developers and publishers ($100 billion was shared among 20 million developers last week).

The latest mobile OS update will focus on performance: apps will launch faster than ever, and react more quickly than with iOS 11.

Thanks in part to the work done on processor management, the Cupertino engineers have managed to cut app launch time in half. When iOS detects need for power, the system uses the processor to its maximum before reducing speed when the task is done. This conserves device battery and autonomy, and improves user experience. For proof, look no further than the iPhone 6 Plus (an older iPhone model from September 2014): the keyboard, camera, and apps will open 40-70% faster with iOS 12.

Like Facebook, Apple continues to focus on augmented reality with its AR Kit 2 framework, which offers increasingly immersive experiences. This new version boasts improved face detection, image quality, 3D object detection, and the possibility to link persistent experiences to a given location.

Apple also revealed its new experience-sharing tool, which allows several people to interact with the same VR object, meaning that publishers will be able to produce augmented reality games with up to four players. LEGO, represented by its innovation director Martin Sands, was the first to illustrate the technical prowess of the AR Kit 2 via a live demo of the brand’s AR game. 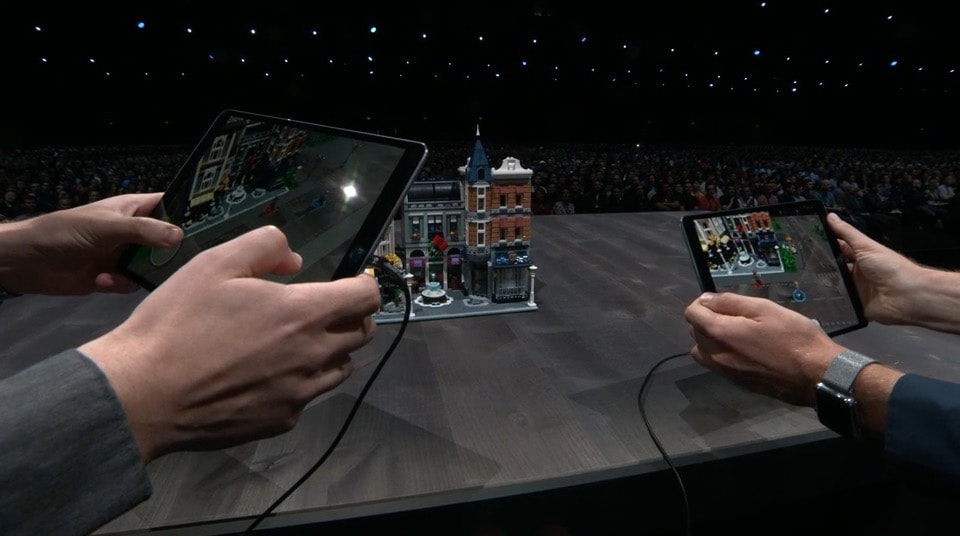 The Mojave desktop OS, named after the California desert, also has much to write home about. This new MacOS update has its own range of functionalities and graphic improvements, for a sleeker and more intuitive user experience. With Mojave’s Dark Mode, improved Finder, and automatic desktop clean-up, Apple has pulled out all the stops to satisfy Mac, MacBook, and Mac Pro users. 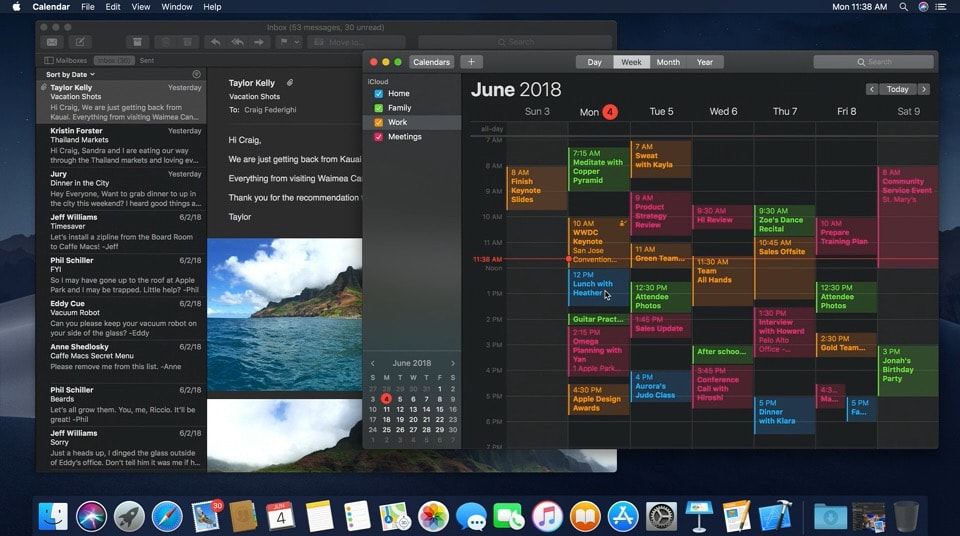 Mac OS finally has a Dark Mode, which will make working at night easier on the eyes!

Last but certainly not least for software news: Craig Federighi, VP of Software Engineering, confirmed that MacOS and iOS will not be merging. This means there’s no chance of seeing MacOS on iPads and integrated mouse use – sad news for advanced users who dreamed of replacing their computers with iPads.

More helpful services thanks to machine learning and artificial intelligence

Siri is integrating with apps to improve its capabilities and become a real virtual assistant.

From now on, certain app shortcuts will work seamlessly with Siri. For example, the Tile app (which helps users find lost keys via a connected “tile” stuck to the keychain) can now be launched via Siri using a specific sentence. With a word, your keys will (soon) appear! Shortcuts like this will also help Siri to learn about your behaviour. If you take the same train to get to work every day, Siri can automatically display its schedule on the lock screen. Or if you are running late because of your train, Siri can send a message to the person with whom you were meeting. For trips to the cinema, Siri can suggest activating “Do not disturb” mode. On your grandmother’s birthday, Siri can remind you to call her, and so on.

With these new functionalities and increased use of artificial intelligence, Siri more closely resembles a real personal assistant, more comparable to what is already on the market like Google’s Assistant and Amazon’s Alexa.

iOS will also feature a new app: Screen Time is a sort of digital guardian angel, and gives you back control over your smartphone use. Screen Time gives you an overview of your digital activity, showing how much time you spend on each app with an hour-by-hour breakdown for each app. 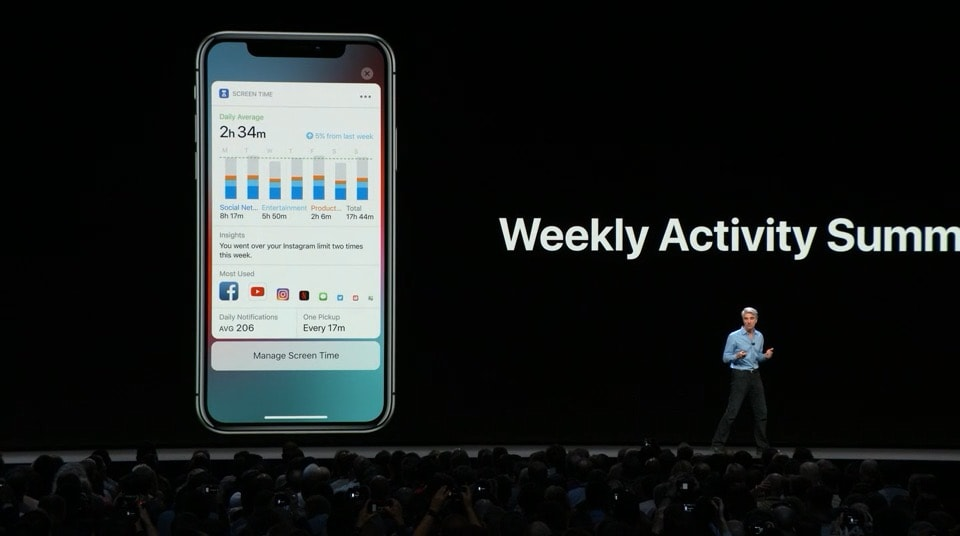 And that’s not all! iOS and Siri will leverage this usage data and suggest turning off notifications for less often-used apps. Mobile users will be delighted with this improved experience! One more reason for brands to better target their audiences with relevant and timed notifications.

If there’s one area where the Silicon Valley titan does not joke around, it’s your privacy. Recently, Apple has been presenting itself as the star pupil when it comes to personal data protection. Though the company does gather your personal data, its economic model does not rely on the exploitation or reselling of data for advertising purposes.

Thus, following its Intelligent Tracking Prevention feature, Safari will continue to protect its users (27% of the market) by blocking Facebook’s “Like” and “Share” buttons and comment sections.

Addressing the crowd at the WWDC, Craig Federighi explained, “We’ve all seen these like buttons and share buttons. Well it turns out, these can be used to track you, whether you click on them or not. So this year, we’re shutting that down.”

It is true that social networks take advantage of these means to gather information about user visits – even when they don’t click. Data is then made available for targeted advertising purposes, depending on users’ previous Internet searches.

With this development, Apple adds a new inconvenience for advertisers, which will lead to further complications for many players across the digital advertising industry – Facebook in particular.

The newly-announced versions of iOS, Mac OS, TV OS, and Watch OS will be widely available next fall, at the same time as new hardware releases. For those who are especially eager, you can already download the beta version using your Apple Developer account.

Translated from French to English by Niamh Cloughley.

#TechConf – Adobe Summit 2017: What You Should Remember